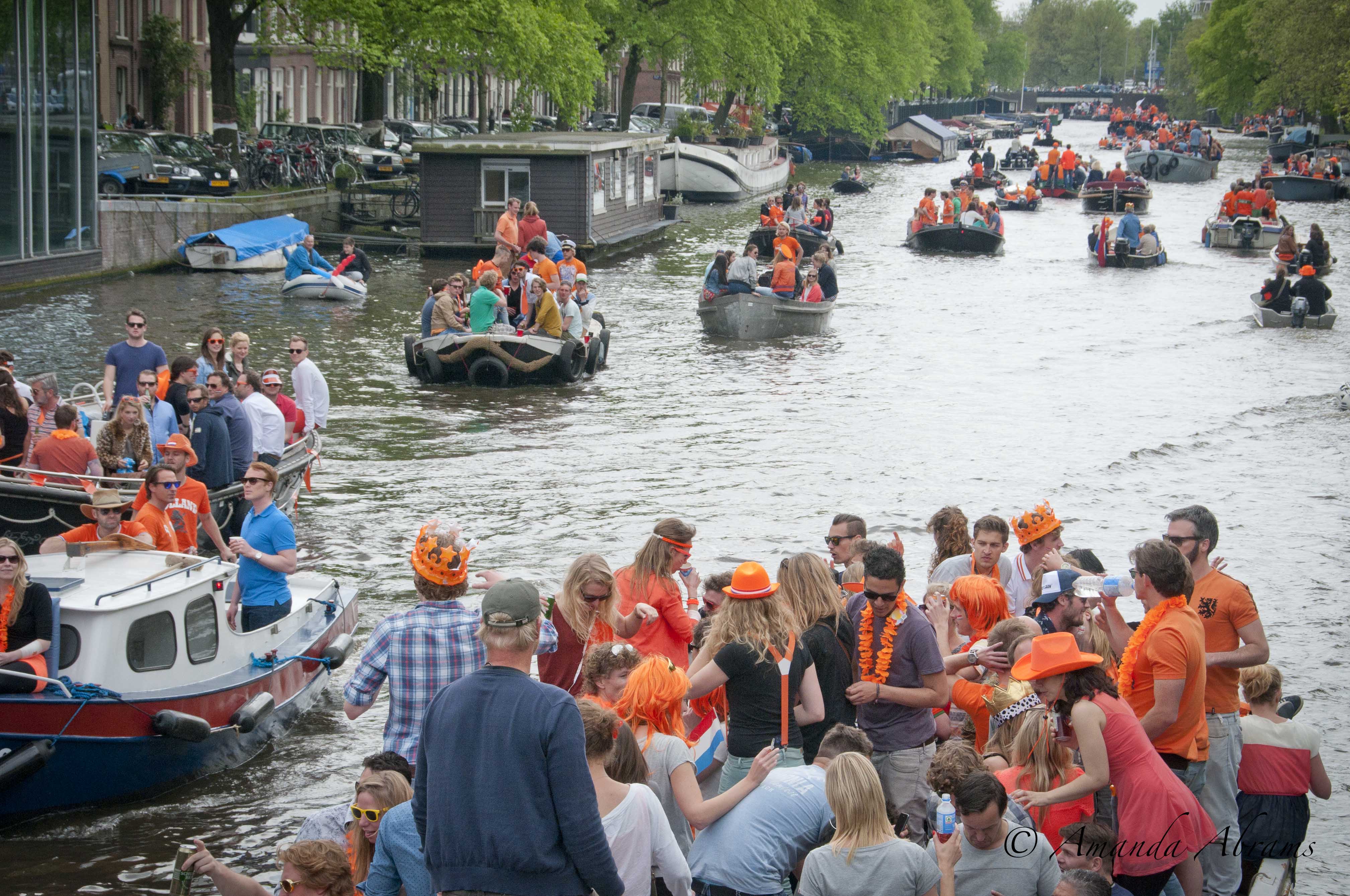 Amsterdam, The Netherlands.  More than just coffee shops and tulips.

As I was planning a trip to Turkey, I noticed a stop over in Amsterdam.  I have a friend who lives there, so I messaged her to see if she was in town.  She insisted that I plan my stop over during the Kings Day celebration.  She said it was the first time they had a King in a while, as before it was for the Queen, and the celebration is an amazing time in the city.  The King’s Day celebration is the annual Dutch national holiday in honour of King Willem-Alexander.  I love festivals and celebrations, so I planned to have a few days in Amsterdam on my way back, so I could be in time for the King’s Day celebration.

To be honest, when I showed up in Amsterdam I was expecting a Vancouver-type celebration.  Corporate sponsorship and food trucks with some live music and funny costumes.  However, the only brand I noticed was Heineken, in the form of bottles.  Bottles and bottles of Heineken.

My friend and I started the day in the early afternoon by wandering through Vondelpark, their large urban park in the centre of the city.  Along the side of the path I saw people sitting on blankets, with used kids toys, books and clothing spread out for sale, people playing musical instruments for entertainment and families lip-syncing to popular music.  I saw a little girl playing her viola across from a 4 piece band made up of 3 children and one parent.  Other people had amusement park style games, like throw a ball to knock down the cans, using a picture of the new King on the target.  The atmosphere was lighthearted and fun. 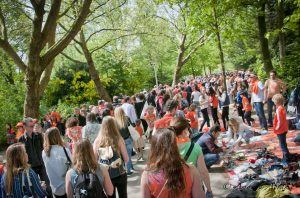 Outside of the park, we wandered down the street, stopping by more yard sale-style shops. Passing by the canals, we waved at the boat parties.  Along the canal was a parade of various sized boat, all decorated in orange and blue, the country’s colour, filled with  happy people enjoying themselves.

Along the street, live music was playing on various stages.  Some played Rock style, one played pop, the other Reggae.  We chose the Rock one to stop in front of and dance.  Among a crowd of endless beer and orange costumes, we danced to the music until dark. 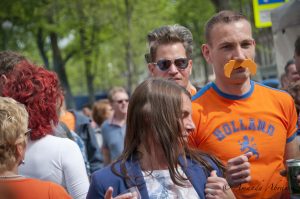 At 8pm, the music in the street ends and for some, the party moves indoors.  For me and my friend, we wandered back to her apartment, stopping at the abandoned yard sales to pick through the clothing.  At a grocery market, we bought a couple of pieces of cake and made our way to her cozy apartment in central Amsterdam.  Picking a movie to watch, we drank wine, ate cake and enjoyed a relaxing evening.  It felt nice to wind down from the energetic day of dancing and celebration.

When I asked why the party ends so early, she mentioned it was so the trains didn’t need to run late and people who came from out of town could get home at a decent hour.

The Dutch are practical people, even when they throw one of the worlds biggest parties! 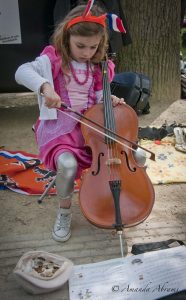 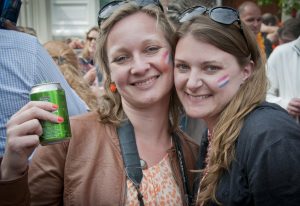 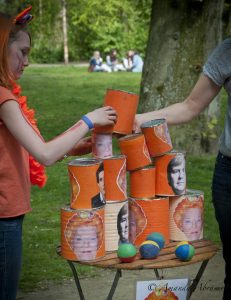