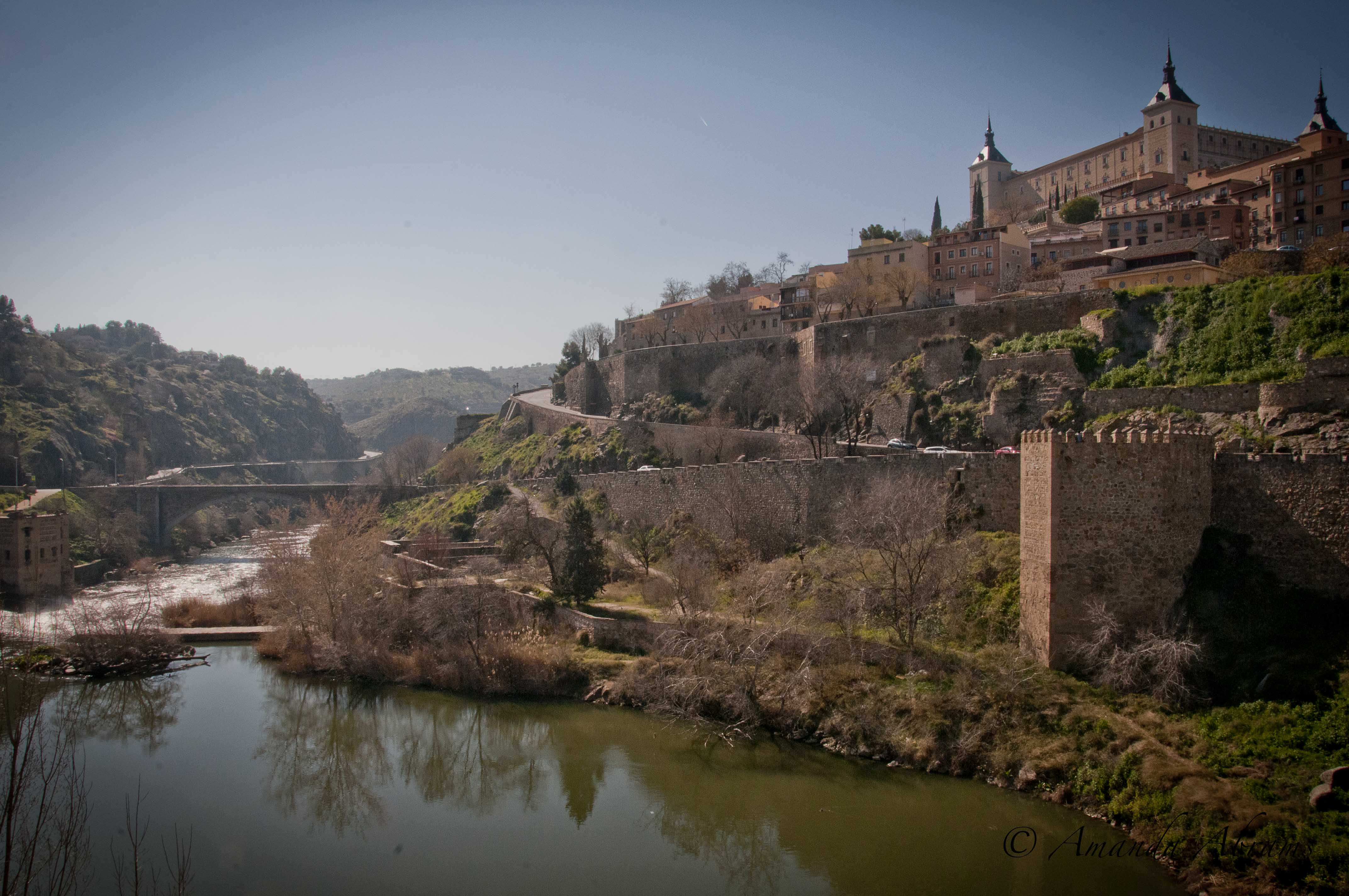 In February of 2018 I excitedly took a short train from Madrid to Toledo for an overnight stay.

Called La Ciudad Imperial, and was set to become the capital of the united country, this medieval city had been on my list for a while.  The history of the city is complicated, starting as a Roman dominion, later moving to the Visigoths, then Muslims, then became a Christian Kingdom in 1085 as a result of the Reconquista.

Jews, Muslims and Christians lived in relative harmony during this period, and hints of this are seen in the architecture around the city, such as Moorish arches on synagogues, seen in this image. 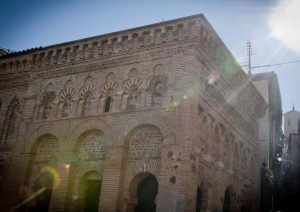 It wasn’t until 1492 when Muslims and Jews were given the ultimatum of converting to Catholicism, or leaving the city, that this harmony between the religions changed.  It was in the 16th century that Madrid was named the capital of Spain instead of Toledo, and Toledo fell from glory.

In 1986, Toledo was named a monument of world interest by Unesco.

When I first arrived at the train station I did what I always do, and began to walk to my hostel.  Yet I soon realized that the journey was up a steep hill, a very steep hill.  The old city is built almost entirely on a hill, surrounded on three sides by the Rio Tajo (Tagus) river.  So after hailing a taxi, I made it to my hostel.

The next day I had booked a Free Tour, in which there is no initial cost to sign up for the tour, however afterwards, the tour guides expect a payment for their services.  I have taken a few of these tours around Spain, and have found they are always very informative and they give me a good overview of the city.  I took one while it snowed in Madrid and was impressed with how committed the tour guide was.  More on that in another post.

I soon realized that my Google map was an invaluable resource for finding my way around the tiny city.  The tiny streets twist and turn in every direction, and with a river on all sides, it was hard to orient myself.  It is quite fun to get lost, though, and wandering around without a clear direction was a great way to explore. 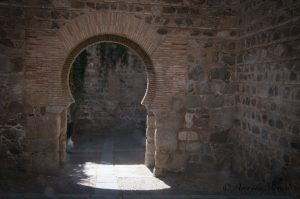 The Jewish Quarter is clearly marked by a plaque on the ground, and little tiles painted with Hebrew words along the bottom corner of buildings.  It is worth it to spend some time in the Jewish Quarter.  The museums are well kept and informative.  The Jewish history of the city runs deep and they have done well in informing tourists about it.

While there are many things to see in Toledo, the most memorable for me was the hike that leads to views above the city.

Moorish archways accent the city in every corner.  This lovely one leads to a bridge, Puenta de Alcantara, that takes you over the river and to a pathway around the city.  That pathway will lead to the best view of the city.

I walked for about 45 minutes, in the crisp spring air, enjoying the progressively better and higher views over the old city of Toledo.  I recommend doing this mini hike.  There is a road most of the way, and the views are amazing for the entire walk/hike. 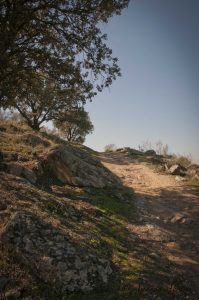 If you are done with the crowds of tourists, and seeking a peaceful place to admire your surroundings, and some quiet time on a hectic European vacation, I recommend this hike.  There are not many people on it, and it is worth the effort. 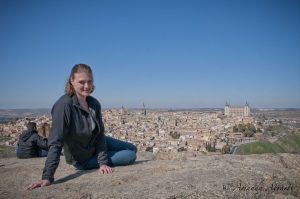